Compositeworks La Rochelle starts its activity with the Ulysses

For its first megayacht works in La Rochelle, Compositeworks hosts the Ulysses, a 107-meter unit. A beautiful beginning which arrives a little quickly for the rochelais port.

The yacht refit company Compositeworks was founded in 1998 in La Ciotat, on the Mediterranean coast. With a strong growth and after having been excluded from the call for tenders for the exploitation of the great form of the port of La Ciotat, the company decided to create the site of Compositeworks La Rochelle in September 2016, associating itself with Atlantic Refit Center, local actor which has been looking for several years to develop the Charentais yachting pole.

With the arrival of the Ulysses, the establishment of Compositeworks on the Atlantic coast became concrete. When questioned, the company did not wish to communicate on the planned work. This first yacht should announce others.

Ulysses is the first expedition superyacht built by the Norwegian shipyard Kleven, specialist in offshore ships. It was delivered in March 2016. It is 107 m long and 18 m wide and can accommodate 30 people on board, with a range of 8500 miles. Today Ulysses is considered as the largest expedition yacht in the world. Its value is estimated at 100 million euros.

According to our colleagues from the South-West, the arrival of the Ulysses in La Rochelle comes a little abruptly for the rocky shipbuilding industry. Although predictable given Compositeworks' commitments to host maxi-yachts in the port of La Pallice, companies did not expect them to arrive so quickly. They had to cancel a public contract won for the maintenance of the ferry"La Gironde" which ensures the crossing Royan - Le Verdon, even though they would have had the commitment of Compositeworks that no yacht would be welcomed before the cover of the dry dock, scheduled in several months. The situation is therefore complex for the rochelaises companies which also wish to develop as subcontractors for the yacht market. 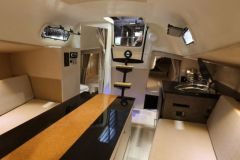 Dream Racer Boats: A know-how in the development of pleasure boats 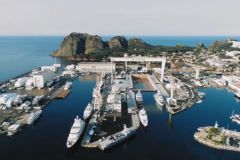 The establishment of Tribord in La Rochelle is making waves 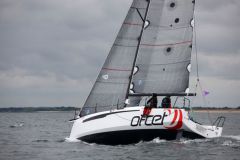 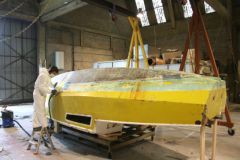