Production of the sailboat Surprise returns to BG Race

Taken over by BG Race, the popular sailboat Surprise is well relaunched. An example that the yard intends to continue on the other models purchased with the former Archambault brand.

The Surprise does not even present itself in the middle of sailing. Produced in 1900 units, the 7.65m sailboat designed by Michel Joubert is present at sea and on inland waters. Designed in multiple versions for racing or cruising, its keel can be fixed, pivoting, double or replaced by a daggerboard. Launched in 1976, the Surprise was built by Archambault until the site disappeared in 2015, when BG Race took over the Archambault brand and all the tools.

Only the moulds and the Archambault brand were taken over by BG Race. The shipyard in Malouin therefore had to completely relearn the manufacturing process, using existing boats. After two boats delivered in 2015, BG Race decided in 2016, in agreement with a distributor, to build a test boat for it. This enabled the entire manufacturing process to be revalidated, with the help of a former Archambault employee, with a view to standardizing it for series production. It now takes 1 month for BG Race to produce a Surprise, with a totally controlled quality.

Supported by the distribution network, 3 Surprises have been sold since the industrial refurbishment. These yachts destined for Europe and France should be followed by others already under discussion. For BG Race, the Surprise is now well and truly relaunched. 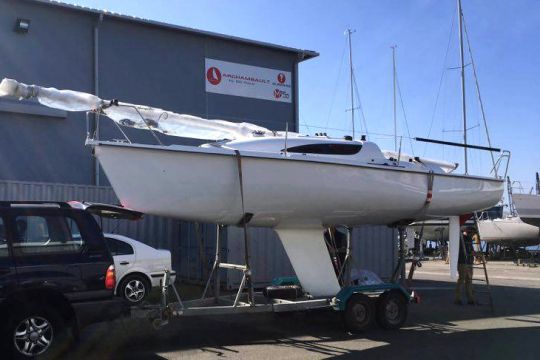 Delivery of a Surprise by BG Race

Other ex-Archambault yachts to come

The approach used to relaunch the Surprise should be adopted for the other older models in the Archambault range. The long-term objective for BG Race would be to relaunch the A35 and A43.


Archambault
Also to be read on BoatIndustry.com 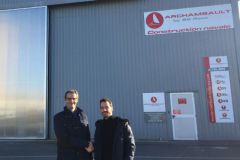 J-C Thomas, BG Race shipyard owner:"You have to surf on the name Archambault!" 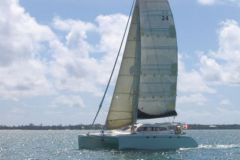 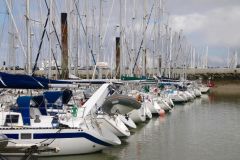