Departure of the METS Show Manager

Irene Dros, director of the METS Trade international exhibition, has announced her departure. She has been the head of the world's largest boating and yachting equipment show for the past 18 years. Pending the appointment of a successor, Sarah Westdijk, manager of the show, is acting as interim manager.

After 10 years with ICNN, the pleasure boat certification body based in La Rochelle, Jean-Noël Roussier is leaving the company where he was in charge of boats under 12 metres. He founded Nauti-CE, a company with which he wanted to support shipyards in their efforts to obtain EC type-approval.

Since the takeover of the Fora Marine shipyard, builder of RM yachts by the Grand Large Yachting group, the company has undergone several changes. Luca Tessitore, the former sales manager Maxime Védrenne, who made an unsuccessful takeover bid, has announced his departure from the company.

The Bénéteau Group reviewed its organizational chart at the end of January. Christophe Caudrelier, is now focusing on his position as Chief Operating Officer in charge of operational excellence. He hands over his position as Chief Financial Officer to Bruno Thivoyon. The new manager joins the group after a career in the field of automotive equipment.

Responsible for Littoral 21 in Occitania

The Prefect of Occitania has appointed Zoé Mahé as director of the Littoral 21 project. The latter will have to accompany the communities in this plan mobilising ?1 billion for the modernisation of port and tourist infrastructures. 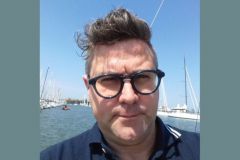 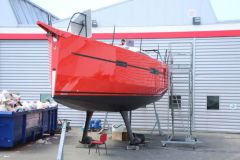 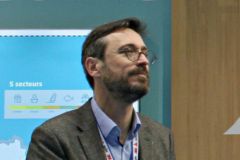