Interview / What future for the Hey Captain rental platform within the Bénéteau group?

Behind the acquisition of Digital Nautic by Band of Boats announced by the Bénéteau group is the Hey Captain boat rental platform. BoatIndustry.com asked its co-founder Clément Douet about the reasons for the operation and the future of the company.

As we mentioned in these columns, on 31 October 2018, the Bénéteau group announced the acquisition by its subsidiary Band of Boats, the arm of its digital strategy, of the Nantes-based start-up Digital Nautic . No mention was made in his communication of the link with the Hey Captain boat rental platform. Digital Nautic is actually the technical part of this website presenting offers from professionals in the nautical industry, founded in 2014. To find out more, BoatIndustry contacted Clément Douet, co-founder of the company.

In its press release, the Bénéteau group only talks about the acquisition of Digital Nautic, what about the Hey Captain boat rental site?

Clément Douet : This is indeed the acquisition of the 2 activities Hey Captain and Digital Nautic. The question of maintaining the two brands Hey Captain and Band of Boats is still under discussion.

What were your motivations for conducting the operation?

Band of Boats approached us and offered to redeem us. We took the step for 3 reasons: 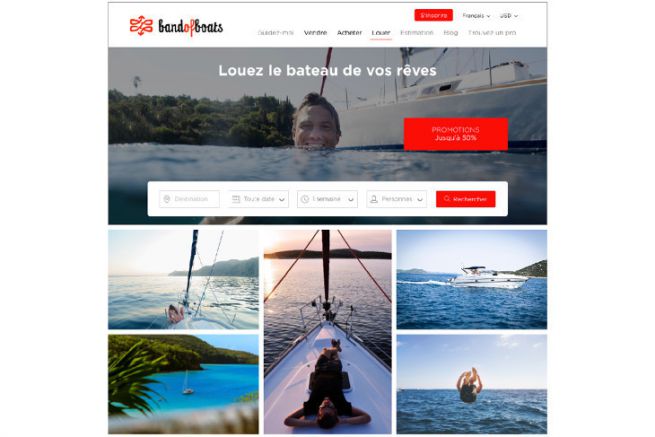 You worked with brands other than the Bénéteau group, how will this be done in the future?

Digital Nautic does not refrain from working with other rental platforms or other brands. That is part of the assurances we have obtained.

From the point of view of the teams and locals, how will the takeover by Band of Boats translate into?

For the teams, it is a merger between Band of Boats and Hey Captain. Our sales team will join Tristan de Quillacq's team at Band of Boats. I will take responsibility for marketing and my partner Etienne Millet for technical management. Before, the Band of Boats teams were very commercial and marketing, while Hey Captain had a more technical profile. It is complementary.
From the physical point of view, we should integrate a single office on 1 January 2019 on the Island of Nantes.