Are professionals informed of the competition between occupations in the public domain?

Are many professionals in the boating industry temporarily authorized to occupy the public domain and are they aware of the AOT reform? The Fédération des Industries Nautiques is concerned about this and is launching a consultation.

A new regime applies since July 1, 2017 to the issuance of authorizations for occupation of public property on a temporary basis (AOT). The reform, resulting from the order n° 2017-562 of April 19, 2017, follows a directive and a judgment of the European Court of Justice. It imposes publication and competitive tendering obligations prior to the award by the competent authority of an AOT with a view to economic exploitation.

Even if the Fédération des Industries Nautiques does not have any figures to date, the AOTs on the maritime domain concern many professionals working on the medians by the sea. The new rules remove the principle of automatic renewal or priority over renewal of the authorisation for them. The risk for the professional, in the absence of knowledge of legal developments, is the loss of an essential workspace. 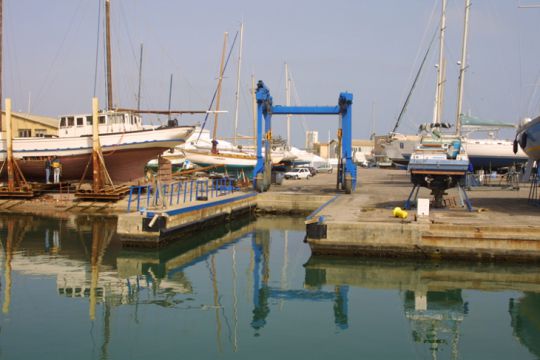 A survey to raise awareness and bring up problems

The Fédération des Industries Nautiques has launched an online questionnaire aimed at the professionals concerned. Through a dozen questions and the possibility of leaving comments, the survey makes it possible to determine the level of knowledge of the applicable legislation and to evaluate the action of the authorities.

"Our aim is to raise awareness among professionals on the reform of obtaining permits to occupy public property on a temporary basis," says Pascale Boudot, legal officer of the Fédération des Industries Nautiques. "For some, we're not sure they're aware of it. We want to measure their level of information. We will then approach the authorities to report the problems."

The survey will remain online for several weeks to maximize the number of responses among NIF participants and beyond. The data communicated remain confidential, recalls the FIN on its website.

The French Nautical Industries Federation calls on the sector to protect its common future
All the latest news Federations
Also to be read on BoatIndustry.com

Disappearance of the skipper of the Paradise: the BEAMer alerts on the charter aboard the yachts
Newsletter BoatIndustry.com
Receive all the latest news every week
Vendée Globe, le Souffle du Nord, a patronage in solidarity.
Reports Nautical sector
All feature stories Nautical sector
Special Edition
Boatindustry.com