The European Commission is asking five nations: Cyprus, France, Greece, Italy and Malta to review the application of reduced VAT for LOA acquisitions. A questioning that could disrupt the sale of new boats. 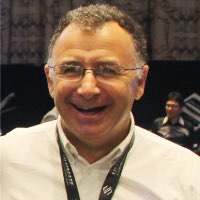 The acquisition of a boat by LOA (provided that it is equipped to sail in international waters) offers many financial advantages:

Thus, for the same budget, boaters were able to either choose a larger boat or reduce the cost of buying a boat without affecting their capital.

At the beginning of 2020, under pressure from certain European states, the French state was given formal notice by the European Commission to revise this principle.

What impact on the nautical sector?

For several years now, the vast majority of motor and sailboat sales (approximately 2/3) have been sold with LOA financing. Withdrawing or reducing this tool risks harming the nautical sector and also financial institutions. This would be tantamount to a reduction in the size of the vessels, and therefore in the volume of business.

This case has been going on for two years now, as already announced in March 2018 . Faced with the imminent implementation of the tax system, the Nautical Industries Federation in December 2019, in the person of its president Yves Lyon-Caen, asked the government to alert the government to the consequences of the questioning of this tax system.

Like Italy, with 140,000 jobs (direct and indirect), France is a country of nautical culture and preserving the economic interests of the sector seems to be a key issue.

A quick return to an unreduced VAT rate?

The financing institutions contacted confirm that they have no certainty as to the application of the disappearance of this tax niche. "Even though everyone's been panicking lately, we're only in the consultation phase. Nothing is decided", insists Philippe Dolo, CEO of SGB Finance.

Word of mouth suggests that a standard VAT rate will be introduced on 1 April. This assumption is unlikely, as all boating professionals are concerned and are not in a position to apply it immediately. For example, how will boat hire companies, which benefit from the same scheme, be able to change the VAT rate for seasonal rental contracts already signed?

A change to the reduced VAT scheme without a lead time is unlikely, as there are too many unknowns.

What we know today

Several actions are already in place on this European issue. Some aspects seem to be taken for granted

The French Nautical Industries Federation calls on the sector to protect its common future
All the latest news Federations
Also to be read on BoatIndustry.com