Electric and hybrid propulsion on the menu in Amsterdam

The Electric and Hybrid Marine World Expo will be held in Amsterdam from 21 to 23 June 2016. On the menu, stands, conferences, innovation awards...

3rd edition, for a growing sector

The Electric and Hybrid Marine World Expo was created in 2014. While the 2015 edition brought together more than 150 exhibitors, the 2016 edition intends to accompany the development of the growing electric and hybrid propulsion sector. It brings together specialists from all the fields involved, from energy storage to thrusters, from motors to electrical networks.

As the technologies used in hybrid propulsion can be applied to any type of ship, the show deals with yachting as well as the professional sector. Innovations in each of these areas can thus find possible new outlets.

A variety of stakeholders

Exhibitors and speakers at the conference and demonstration space include companies from all over the industry. Suppliers of battery, fuel cell, parallel electric motors, outboards, pods will be present. Related topics will also be addressed, such as the fire risk specific to electrical installations.

The Electric and Hybrid Marine Award will be presented to companies in the following categories:

Free admission - For professionals only 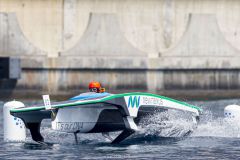 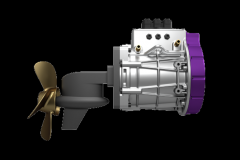