Things are happening in the boating industry! A look back at the latest news from yachting professionals. The news briefs of 21 June 2019.

The Bigship network launches the "Bigship Annex" store concept. Like the other fittings chains, concessions will be able to accommodate a space dedicated to boat equipment (between 50 and 100 m²) in addition to their activity. These ancillary stores will be attached to the member store responsible for their geographical area. The first "Bigship annex" opened in Porticcio, dependent on the Corsica Accastillage store in Ajaccio.

The co-founder of the Garmin brand of marine electronics, Gary Burrell passed away on June 12, 2019. Retired since 2004, this pioneer had launched the brand with his partner Dr Min Kao in 1989, using the emerging technology of GPS.

The franchise Freedom Boat Club, allied in France to the Jeanneau shipyard and recently bought by the Brunswick group, will inaugurate its first base in France. The official ceremony will take place on June 29, 2019 in La Rochelle in the presence of John Giglio, founder of the brand and Jean-Paul Chapeleau, CEO of Jeanneau.

A schedule for Cox diesel outboards

Long announced, the new Cox Powertrain diesel outboard engines will finally arrive on the market. The British engine manufacturer has announced the launch of the first CXO300 engines at the end of 2019, while the order book has been open since November 2018.

A bunkering service in Guadeloupe

Benoît Largesse creates a supply company for pleasure boats in Guadeloupe. Named Gwad'Appro, it offers boaters the opportunity to choose its products online and have them delivered on board.

The British transportable yacht builder Swallow Yachts suffered a major fire in its workshops in May 2019, destroying part of the buildings but no boats. He starts the reconstruction of a new workshop in his Cardigan fiefdom in Wales.

BigShip
Freedom Boat Club
Also to be read on BoatIndustry.com 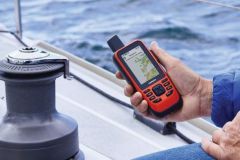 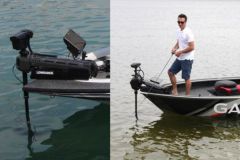