Sint Maarten: What is the state of the nautical industry 2 years after Hurricane Irma?

Hurricane Irma devastated the island of St. Martin in the West Indies on 7 September 2017. Two years after the disaster, we took stock of the consequences on the boating industry and the plans for the yachting industry with the local trade association, Metimer.

When Bülent Gülay, president of the association of yachting professionals Metimer, draws up a panorama of the state of the port infrastructures for yachting on Sint Maarten, 2 years after the passage of cyclone Irma, the picture is mixed.

Charter activity was able to resume in the Fort Louis marina, which is 60% operational and hosts major operators such as Dream Yacht Charter, Sunsail The Moorings and Trade Winds. 5 million euros of work has been approved. They have begun with a view to full delivery of the enlarged marina in September 2020.

In Galis Bay, the wharf at the commercial port is to be expanded to accommodate small cruise ships. The current acceptable draft of 4 metres is to be increased to 8 metres and then 12 metres in a second phase. Dead bodies will be put in place for boaters, both residents and visitors.

The Oyster Pound site is more problematic. Located on the border between the French and Dutch zones, it is the subject of negotiations on the exact position of the separation between the territorial waters. The stalemate at the local level has led to a postponement of negotiations at the state level. "It will take another 2 to 3 years before something can be done" regrets Bülent Gülay.

L'anse Marcel, today at 25% of its capacity, must present a reconstruction plan to the communities, with a minimum of 40% visitor places. The project will not start before mid-2021.

In Grand-Case, projects for moorings on buoys are being studied.

The lagoon, which was particularly hard hit, has still not been cleaned of debris. There are still 126 shipwrecks in the French part of the lagoon. A Dutch de-bottlenecking company has been selected by tender, but it does not yet have French approvals. Work will begin in the spring of 2020.

Studies on the renovation of the Royal Marina are expected in 2021.

The importance of boating is poorly understood by the institutions

Present at the Nautic to show boaters that Sint Maarten was welcoming back sailors, the professionals regretted the lack of attention from the institutions. "Community leaders don't realize what a boat represents. A charter fleet is the equivalent of a hotel," explains the president of Métimer. "Many charter operators ask us why it doesn't go faster. Some manage between the anchorages and the berths. But they say: if it doesn't move, we'll go somewhere else. All the local long charter companies have disappeared."

Actions for water sports in St-Martin

In addition to boat rentals, maintenance shipyards have had to adapt, but we will have to think about the future. "A lot of yards are not up to standard, but we had to work hard. Now we'll have to think about other locations further away from the houses," explains Bülent Gülay. He concludes: "We have to show the community that we have to speed up. Without going faster than the music, we mustn't waste time!" 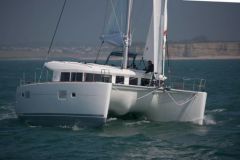 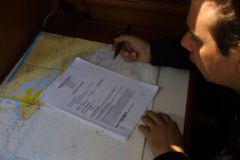 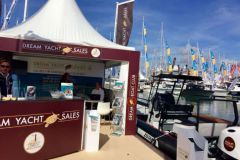 Boat rental companies on the offensive on financing offers 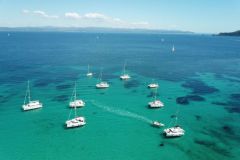