The Elvstrom sailmaker has announced the death of Nic Johansen, director of the French subsidiary and a leading figure in French and European yachting. A look back at his career and the history of the famous red crown sails in France and around the world.

The Danish parent company of the Elvstrom sailmakers announced in a press release the death of Nic Johansen, director of the French establishment. A leading figure in French nautical circles, he died on 22 May 2020, after an emergency hospitalisation.

Heir of the founders of the Elvstrom sailmaking company

Nic Johansen was the son of Erik Johansen, co-founder of the Elvstrom sail factory with Olympic sailing champion Paul Elvstrom in 1954 in Denmark. The hexagonal Elvstrom Sails Sarl was founded in 1958, as a daughter of the Danish mother ship, in order to circumvent the sales bans imposed by General de Gaulle. The partnership between the sailmakers has remained synergistic and has fluctuated with the changes of ownership in Denmark. After taking over as head of Elvstrom in France in Mouans-Sartoux, Nic Johansen had notably piloted the opening of a sailmaker's floor in Tunisia for production boats.

Craftsman of the reunification of Elvstrom sailmakers

The director of Elvstrom Sails had led the transaction of takeover of the French company by the Danish group in August 2017. The process of reintegration under the same banner will continue, says Niels Bjerregaard, the CEO of Elvstrom Sails, who pays tribute to him. "The journey we started almost 3 years ago was far from over and will not be the same now that he is no longer with us. It has been an enormous privilege to have worked alongside Nic and it is extremely sad that he has left us so soon. He will be sorely missed." 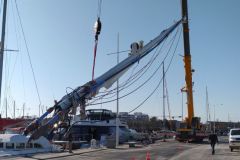 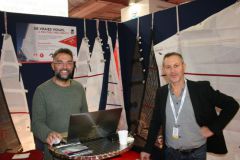 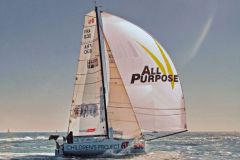 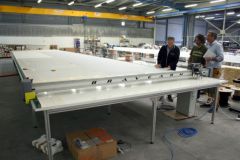