Things are happening in the boating industry! A look back at the latest news from yachting professionals. The news flashes of October 28, 2019.

The leading yacht charter company, Dream Yacht Charter, has announced past and planned investments in its fleet of yachts and power units for charter. After having integrated 228 boats in 2019, the lessor will acquire 195 new sailboats in 2020, 112 of which will be acquired in the first half of the year. 5 motor catamarans will also enlarge the fleet. Dream Yacht Charter will soon own 30 Sun Loft 47, designed by Jeanneau for the charter market. The total investment in 2019/2020 amounts to $165 million.

New Brunswick is working on its corporate image

Brunswick, the American leader in yachting, now entirely refocused on boating since the resale of the fitness activity, is working on its image. The group has set up a trendy corporate website to replace a very dated portal. A group image also worked on by its competitor Bénéteau.

The Canadian marine engine manufacturer Evinrude, a 2-stroke specialist, is relying on financing to strengthen its positioning in France. The BRP group company has announced the signing of a partnership with April Marine, the insurer and funder. Boaters will receive a motor credit for the reengining of their boat.

For its 2nd edition, the Sharing & Sea Prize of the European Centre for Continuing Maritime Training (CEFCM) was awarded in 2019 to the Jolokia Team. The association's credo is "Integrating Difference" and promotes the integration through navigation of a mixed crew of multiple origin on board its sailboat, a VOR60.

The American boating equipment group Lippert Components continues its intense growth. After acquiring the famous Lewmar hardware brand in the summer of 2019, the US equipment manufacturer announced the acquisition of Rodan Enterprises LLC, manufacturer of SureShade window occultants, a major player in the OEM market in the US yachting industry. 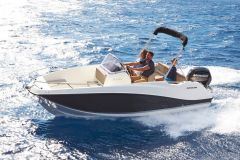 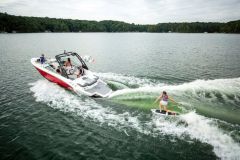