Maritime Affairs: Reasons for the evolution of the new Division 240 for pleasure boating

Boat rental, kitesurfing, jetskiing, fire prevention on board... Xavier Nicolas, in charge of the Maritime Affairs pleasure craft mission, explains the motivations behind the new version of Division 240, an essential regulation of boating.

Keeping what works in the regulation of pleasure craft

After 6 months of consultation with the members of the central safety commission, including the Fédération des Industries Nautiques, FFVoile, SNSM and representatives of yachtsmen, Maritime Affairs has finalised the new version of Division 240, the regulations governing pleasure boating. The text will come into force on June 1, 2019, replacing the previous edition of 2014. However, the new version does not include any major upheaval, but aims to keep pace with the evolution of the sector," says Xavier Nicolas, head of the Maritime Affairs boating mission. "The stability of the standard makes sense to us. We're not changing what works, but there's a willingness to take into account what didn't exist in yachting in 2014."

Since 2014, boat hire has developed strongly, particularly among private individuals, but also among professionals. Xavier Nicolas was able to see the drifts. "Every summer, I get hundreds of letters of complaint on my desk about leased boats in poor condition. So we wanted to rebalance the relationship between the owner and the tenant, and put some order in the face of the multiplication of different contracts depending on the platform. This involves the obligation to have a special ship's inspection register, (Editor's note: mandatory for all types of rental, including professional), which corresponds to a technical inventory of fixtures. A 2/3-page template, downloadable online, is currently being drafted."

Other changes, more related to the drafting of the text, clarify the situation of new boats and water sports that have recently appeared. "The kayak used to be described as a vessel with only human propulsion, whereas today some are equipped with sails. Electric jetskis did not fall within the MVW category, which was limited to internal combustion engines. They were considered to be vessels with the requirement to carry an anchor, for example. So we put them back in the jetski category." illustrates the person in charge of the yachting mission.

Improving safety in kitesurfing and boating

Another novelty is that kitesurfing sails will now have to be marked. "Kiteboarding is pretty accident-prone. Sometimes sails are found several kilometres away and a search is triggered while the kitesurfer may be on the beach. The goal is to be pragmatic. The owner puts a contact as he wishes, an email or a phone number. This summer we will only do educational and not repressive controls." explains Xavier Nicolas.

At the request of the middle of the regatta, the possibility of replacing the presence of a 100N lifejacket on the boat by the sailing port of a 50N buoyancy jacket was introduced for the zone between 2 and 6 nautical miles.

Referred to other divisions or the owner's manual, often missing from the ship, understanding of firefighting obligations was difficult. All fire prevention provisions were summarized in the new Division 240. "Before, with 3 different gendarmes, you could get 3 different parking tickets. Today, things are clearer and more transparent. For example, the possibility of sharing fire extinguishers." sums up Xavier Nicolas.

The shipyard's obligations in the owner's manual remain in force. "The aim is not to relieve the builders of their responsibility."

Between recommendations and obligations, Maritime Affairs is continuing its search for a balance between ensuring the safety of navigation while making the yachtsman responsible. 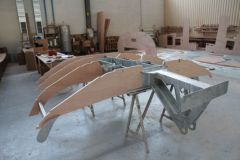 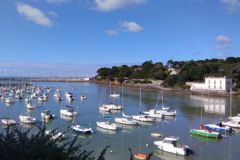 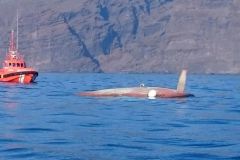 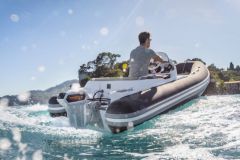