Mixed funding for the deconstruction of recreational boats

APER, the Association pour une Plaisance Eco-Responsable, created at the initiative of the Fédération des Industries Nautiques (FIN), has just obtained its approval as an eco-organization in charge of the dismantling of recreational boats. Like all Extended Producer Responsibility (EPR) sectors, its financing is based on an eco-tax paid by boat builders for each unit placed on the market. In order to absorb the existing pool of wrecks and end-of-life pleasure craft (BPHU) and to enable the sector to be launched, a portion of the annual francization and navigation fee (DAFN) must also be paid by the State to APER. The organization sets a target of 20,000 to 25,000 boats per year.

Concern about state support for APER

On the occasion of the 2017 Inter-Ministerial Committee for the Sea, the State undertook to pay a growing share of the DAFN for deconstruction. This percentage was to increase by 1% per year until 2022 to reach 5%. But the 2020 budget already foresees a stagnation at 2% instead of the 3% initially planned. The deputy of Finistère Didier Le Gac, a member of the majority, expressed concern about this setback in a written question to the Minister of Ecological Transition, François de Rugy. "Respecting this balance conditions the sustainability and proper functioning of the sector, which has built its budget and its growth on the basis of these commitments. That is why he (Editor's note: the deputy) would like to know, in order to guarantee that the percentage for the sector is indeed 3% for 2020 and to respect the commitments made by the Prime Minister within the framework of CIMer 2017, what concrete measures the Government intends to take on this subject, in particular on the occasion of the draft amending finance law."

Contacted by BoatIndustry, the elected representative confirmed his determination on the subject. "Discarded pleasure craft are a real issue on the Finisterian coast and elsewhere. In Brest, we have a leading deconstruction company with the Breton Recyclers. The sector will not be set up without resources. With the written question, the government will be obliged to answer. I will see how my action continues based on his answer." 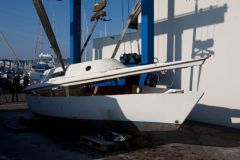 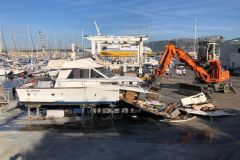 Sclavo, a partner for the decontamination and dismantling of pleasure craft 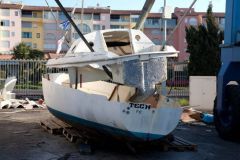 Deconstruction of pleasure craft: a sector that is launched but fragile 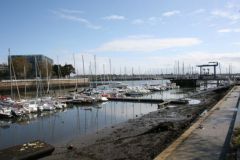 Bill: Soon to be introduced: berths reserved for electric boats? 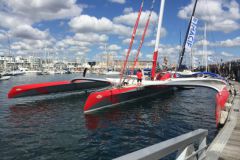 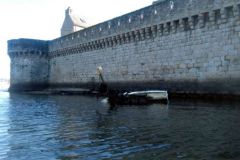