Interview / "The philosophy of the Grand Pavois is to be close to our exhibitors."

The Grand Pavois will be organised from 26 September to 1 October 2018 at the Port des Minimes. Pierrick Garenne, Deputy General Curator of the exhibition, explains what makes the exhibition and what's new - which mainly concerns the reorganisation of the exhibition space - in this next edition.

When will the next edition of the Grand Pavois take place?

This year again the Grand Pavois is changing dates and will be held from 26 September to 1 October 2018. We are impacted during 15 days and not only on the 6 days of exhibition. Tides are an important issue for our organization and are difficult to manage. Exhibitors have to bring and leave their boats before and after the public opening, that's what imposes us this constant change of dates.

And this is not the only data to manage since every year hundreds of boats have to be moved. This is indicated in the port contracts of each yachtsman or professional. It was planned when the Pertuis show was moved to Les Minimes.

How would you define the Grand Pavois?

It is an affordable show for small building sites since it is an associative show. The quality/price ratio is interesting both afloat and ashore, so we welcome small construction sites, which makes the richness of the offer and construction sites within the show. We have press reviews that take advantage of the show to organize their elections, like the European Yacht of the Year.

Our philosophy is to remain close to our exhibitors and to optimize the show to welcome as many small as large building sites. The boats presented afloat are in fact increasing and the surface on land also to accommodate even more units. We remain attentive to professionals and respond to their requests.

The DNA of the Grand Pavois is to adapt to market trends. There is a revival of the profession, and the shipyards wish to exhibit on the water, but also on land to show the range to its maximum. The median remains more suitable for small units and requires less preparation (antifouling, engine oiling...) 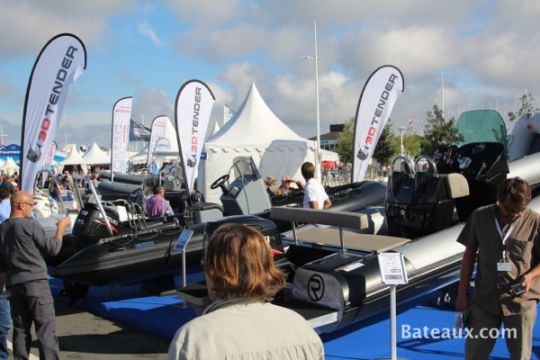 The fishing area is in full swing and continues to grow in power with the Grand Pavois Fishing (no kill fishing competition organized during the show). The semi-rigid/fishing area will continue to evolve compared to 2017. The brands will be physically present, as well as prostaffers, guides, etc.. They are known by the fishermen, they are the stars of the milieu and attract people.

The Beach is also an important element to organize animations, with a very beautiful space, which lives very well alone on Friday in particular and until Sunday. We organize animations the other days to attract people because we care about this space.

Young people are brought to practice with two tanks and sea trials. Even if it is more a space of animation, projections, meetings are also made there. It is an interesting and evolving space according to the market.

The event boat is also important with a beautiful story to tell. It's the mechanics of the Grand Pavois. We also like to help people by presenting their projects: Sébastien Roubinet, Yvan Bourgnon, Le Damien, etc. 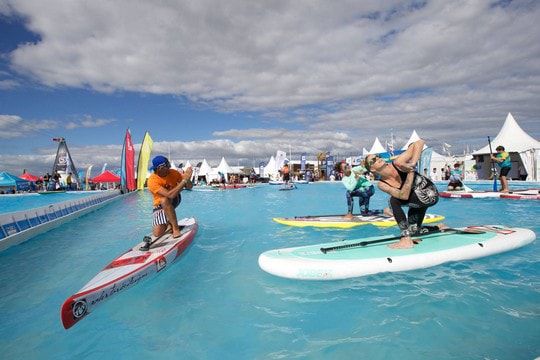 And the one that works less commercially?

The Wood Village with the traditional building sites which have strongly suffered the crisis in 2011. We hesitated to stop him, but it's important for us, for them and for the visitors. It's part of the living room DNA. Today, it has been renamed"Heritage and Tradition Area". There are fewer exhibitors because there was a desire to better target exhibitors... We reoriented the positioning so as not to expose just about anything. Some exhibitors think that the names"heritage" or"tradition" can devalue their boats and prefer to exhibit elsewhere at the show.

We mainly worked on the reorganization of the exhibition space.

Thus, instead of a large hall combining services, tourism and rental, there are two separate halls with two different offers. The first will combine rental and tourism and the second financing. This frees up more space on land and in the open for boat shows and improves working conditions for professionals .

The central aisle will be refitted to create islands and facilitate the exhibition of boats from large shipyards, present afloat and ashore. There will also be lanes in some blocks for smaller work sites. Only two passages remain, one at the edge of the wharf and the other in the central aisle.

Mille Sabords: "Helping boating professionals in this particular context"
All the latest news Boat show
Also to be read on BoatIndustry.com 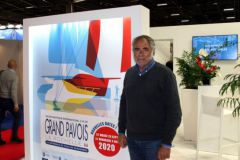 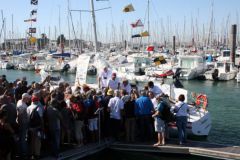 Quantified results of the French boat shows in September
Newsletter BoatIndustry.com
Receive all the latest news every week
Safran relies on youtubers for its Vendée Globe communication
Special Edition
Boatindustry.com