The inventor of sterndrive propulsion disappears

Charles Strang, the father of the sterndrive base, has passed away. A look back at the career of an engineer who revolutionized 20th century yachting.

Charles D. Strang Jr. died at his American home on March 11, 2018, at the age of 96. He made a name for himself in the world of marine propulsion with his invention of the sterndrive base, also known as the Z-drive. This inboard marine engine transmission, installed on the transom, is now common in yachting and small workboats.

From MIT to Mercury Marine

Born in 1921, Charles Strang grew up in New York. A mechanical engineering graduate from Brooklyn Polytechnic University, he joined the Air Force as a test engineer for aircraft engines. He then joined the Flight Propulsion Research Laboratory of the National Advisory Committee for Aeronautics, NASA's predecessor, until 1947.

Charles Strang, an associate researcher at MIT's prestigious university, drew the first sketch of the marine transmission by base plate in 1948. In 1951 he joined the Mercury Marine research department, headed by Carl Kiekhaefer, where he remained for 13 years. He and Jim Wynne invented the Mercruiser sterndrive, which revolutionized boating in the late 1950s.

He finally left Mercury of which he had become vice-president to join OMC (Outboard Marine Corporation).

The engineer was also a great motorboat racing enthusiast. Amateur pilot, he has held various responsibilities within the American Power Boat Association and the Union Internationale Motonautique. 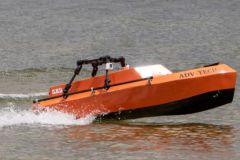 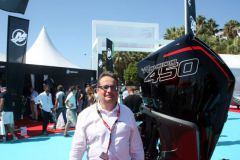 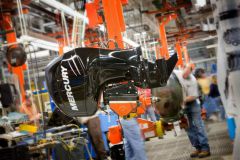 New Brunswick: Dismissals and short-time working at the American leader in yachting 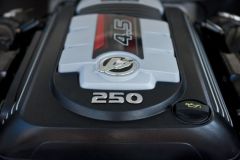