The European Association of the Nautical Industries has taken Piero Formenti back to its head to take the message of the professionals to Brussels.

Italian Piero Formenti has been re-elected to head the EBI for a second term as president. He is assisted by the Vice-Presidents Jean-Pierre Goudant and Piotr Jasionowski.

The new director intends to continue his lobbying mission at European level to defend the interests of yachting and the boating industry, insisting on the need to involve national bodies. "European pleasure boat producers and other yachting professionals deserve and need a strong association to represent their interests. The work of the Board is important, but the active involvement of EBI members is also essential to carry out our activities and best reflect the needs of our members 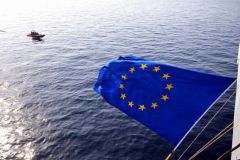