Nautism in Finistère and Tourism in Finistère merge to give Finistère 360°. Clubs and sporting activities will be at the heart of the activity, support for industrialists now being the responsibility of the regions.

Until now, tourism and the nautical sector in Finistère has been promoted by two separate departmental agencies, Nautisme en Finistère and Tourisme en Finistère. Although their merger will only take effect on 1 January 2018, the two entities, grouped under the name Finistère 360°, are already in fact one. The 36 employees were grouped in the same buildings in Quimper.

End of support for industrialists

Under the NOTRe law, the department lost the competence for economic development, now entirely under the jurisdiction of the Region. Nautism in Finistère, which accompanied many equipment manufacturers and shipyards, had to put an end to its support to industrialists. The Nautic 2016 was his last operation with the boating industry.

Synergies between sport and tourism

The development of leisure and high level sports remains within the competence of the department. Within the new structure, the former employees of Nautisme en Finistère will therefore continue to support clubs and local authorities to develop the practice of water sports. As many tourists come to Finistère for the sea, it seemed obvious to get closer to tourism development.

Pascal Bénard from Nautisme in Finistère is delighted. "We see this rather favourably. Within Finistère 360, we will notably benefit from new resources for communication and digital, which Tourisme en Finistère had at its disposal." 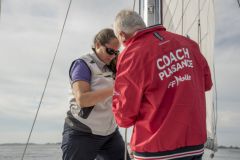 Prospective: Finistère imagines a pleasure boat with a human face in 2035 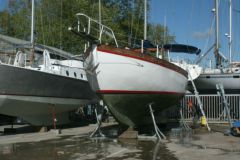 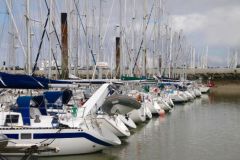 Ports of pleasure, the Council of State returns on the transfer of competences 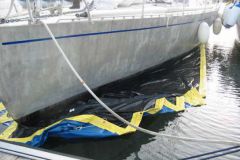