Bavaria, the reorganisation of the global network continues

After the USA and Spain, the restructuring of Bavaria boat distribution continues with a single distributor in Norway.

Until now, Bavaria was distributed in Norway by two distributors: Lunde Bat was in charge of selling the brand's sailboats, while Bavaria Motorbat Norge AS imported motor boats. Lunde Bat ceased its activity in June 2016. Bavaria Yachtbau has therefore decided to entrust the entire distribution of its sailboat and engine range to Bavaria Motorbat Norge AS, now renamed Bavaria Bat Norge AS, which becomes the group's sole Norwegian contact.

A good knowledge of the brand

Lars-Erik Solvang, director of Bavaria Bat Norge AS, is familiar with all Bavaria boats, a brand with which he has worked for 15 years. Indeed, before founding the company dedicated to motor boats, he was a manager at Lunde Bat, the Bavarian sailing importer. The new entity will therefore be able to import and monitor all the group's vessels. It will be supported by a new 800 m² showroom, inaugurated on 29 and 30 October 2016.

As we had already discussed on boatindustry.fr, Bavaria's strategy seems to focus on a tighter distribution network and tighter control of the German yard. While Bavaria's management did not wish to express its opinion on its overall policy at the time, before Norway, Spanish distribution was reassigned to Clipper Marine, already in charge of the United Kingdom. The United States also changed its importer in the fall of 2016. 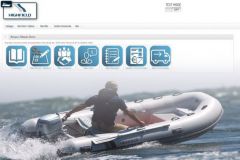 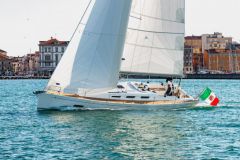 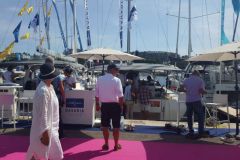 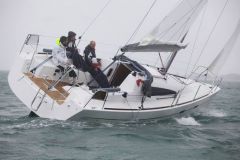