Bénéteau stops production in Angra dos Reis, Brazil and continues its reorganisation on the American market.

The Angra Dos Reis production plant in southern Brazil was opened in May 2012. With a surface area of 10,000 m², its vocation was to accompany the growth of the South American market, with a production capacity of 50 boats of 34 feet and more per year and a target of 600 direct local jobs.

On October 13, 2016, the Bénéteau Group announced that the production of pleasure boats at its Brazilian plant would be put into dormancy, with effect from the end of November. The production initially planned in Brazil will be spread over the group's other plants.

The climate of political and economic instability in Brazil makes any projection difficult for the Bénéteau Group. While the country of South America was still Eldorado a few years ago, the crisis has hit potential customers in the yachting market hard. Bénéteau is therefore waiting for the market to mature.

As announced at the group's back-to-school conference, the group's organization across the Atlantic continues to be structured. All the activities of all the Bénéteau Group brands in the Americas are managed by the subsidiary based in the United States. George Armendariz joined the Bénéteau group for this purpose a few months ago.

Commercial activity in Brazil remains unchanged. Customers will continue to use the existing dealer network. 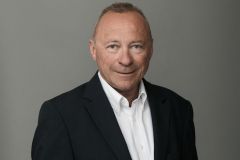