The operating result (EBITDA) of the Bavaria Group was multiplied by 5 over 2015/16 compared to the previous fiscal year according to the company's press release. It is now around half a million euros. This is the second consecutive year of growth for the German company since the 2008/2009 crisis.

Since the takeover of the Nautitech Rochefort site in 2014, the Bavaria Group has already launched major investments. These have borne fruit, production having tripled since that date. Following the success of the latest Nautitech 40 and Nautitech 46 models, the German parent company will continue the development by launching a new extension during the coming fiscal year.

The German yard producing the monohulls optimised its production with the launch of the Bavaria E40 and R40 for which the hull, deck and interiors are built in parallel on separate lines and assembled only at the end of the 125 metre production line. The method ensures a better quality for the site and limits the construction time.

Bavaria has also worked on its vacuum hull infusion system for its entire range.

The company's results will enable it to be present at all the exhibitions of the season, with more than 4000 m² of stand at Boot 2017 in Dusseldorf.

The range will continue to expand with the arrival, for example, of the new sailboat C57, the flagship of the Bavaria shipyard.


Financial result
Also to be read on BoatIndustry.com 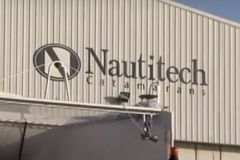 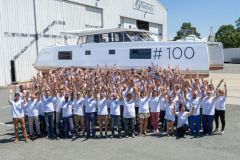